That would've hurt if I weren't William

He is dressed in a modified version of his maltia gear which happens to look like the the bloodborne hunter set A gear. he has a multitude of scars riddled over his body and face however you cant really see this due to him never really taking of his modified maltia gear

William didn’t have much growing up because of an undead scourge sweeping Sylvania he was orphaned but nonetheless he had to move to a new town which took him in and raised him, each of them being a parent to him. Some people have two dads or mums, William had several of both.
Due to the nature of how he and other children were orphaned when the kids grew up they formed a militia to protect the town.

He forged weapons for the malita, most of these being strange or intricate. The malita wasn’t doing overly well as the lords of the land were afraid it was the brewing of a revolution. However a noble’s daughter which William got the favour of by forging her a sabor in exchange Lady Vasilia took charge of the malita therefore granting the nobles favour.
It ran smoothly for 4 years. William evan began training a protogé Romeo Montague. Romeo had been in the militia since he was 16 and William had been training him to use firearms, something Romeo had an unnatural talent for sharpshooting, however their relationship was strained due to William’s pathological need to hunt and therefore his protogé needing to come with him on his hunts. Seeing this Vasilia began taking Romeo with her to the meetings with the noble houses to give him a break.
Things lightened up when William met Elizabeth, she was a survivor from his original town, despite a rocky start they eventually fell head over heels for each other and soon little Damian came into this world.
When 2 years have passed ,Romeo and Vasilia went on a meeting and another scourge went through town claiming most of its residents. William butchering most of them to protect his family however when he returned home he saw the blood, his wife on the floor and snarling. He hesitated and got bit ,ripping out most of his throat. When his frenzy was over , William’s wife was slashed and dead, his 2 year old son mangled in his arms, blood covering William’s mouth. He swore that it was the first and last human blood to touch his lips. 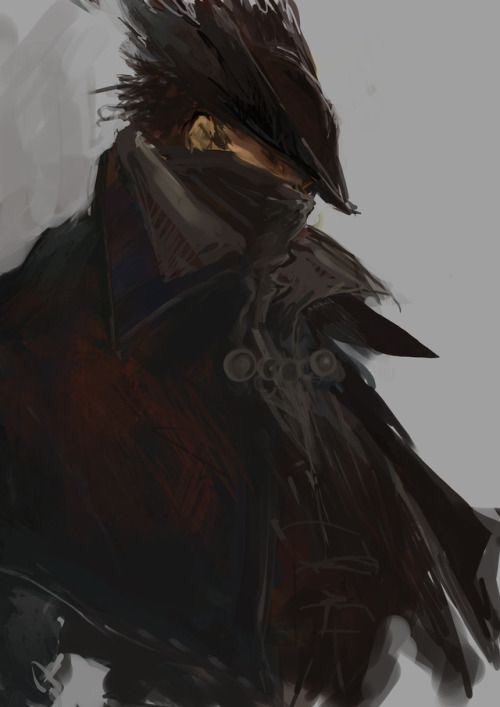