Initially dressed in noble attire, Lilith has since replaced parts of her dress and fineries with more practical wear whilst also adding certain token accessories of a stereotypical pirate.

Hence her final appearance is one that blends both refinery and infamy, an attempt to convey the fact she is a self-made person, the superiority of her status and the Brand of piracy to ensure the efficiency of “negotiations”. 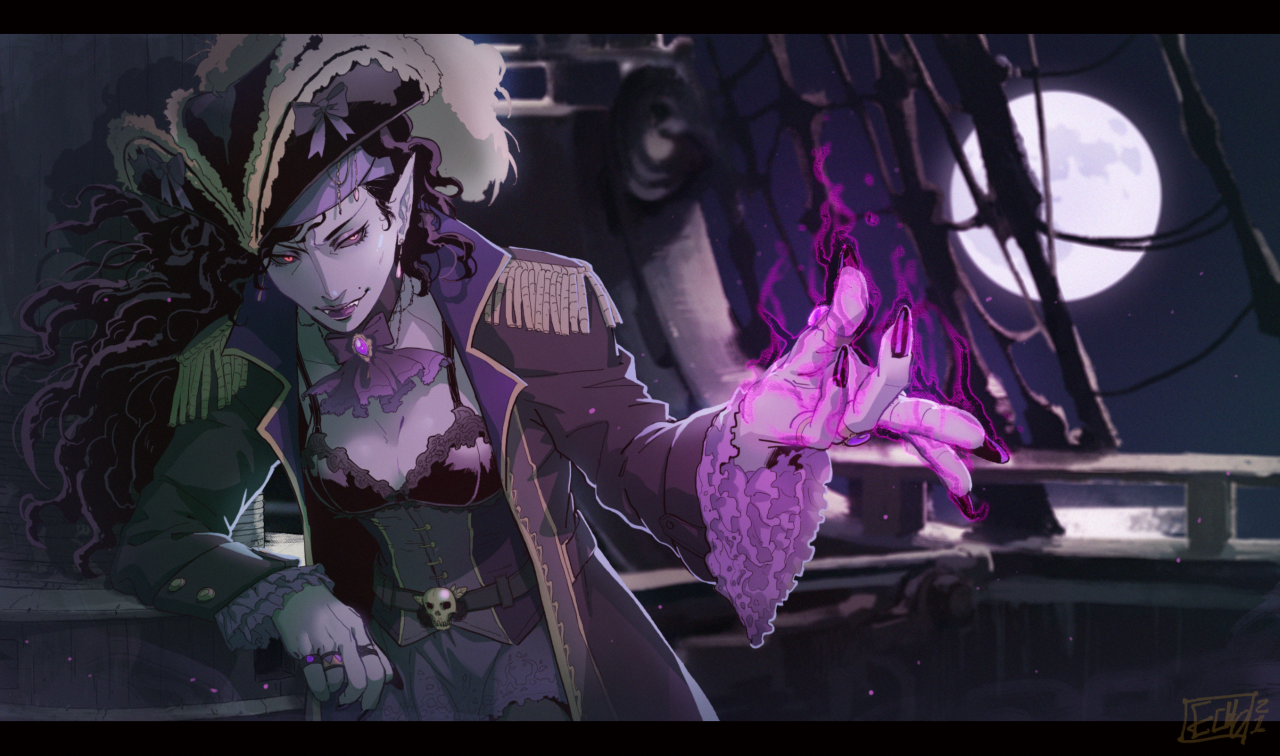 As a child, Lilith was the bastard child of a Merchant, born from one of his less-favoured consorts. As such though she grew up in poverty she still managed to learn the basics of etiquette and politics from her half-siblings whom she was permitted to serve under.

After her Mother’s death, she had no relatives who cared for her, but by that point she had already become Jaded to her situation. In order to get by, and as a way of “getting back” at her father and siblings, she began to steal from the estate. initially she would simply steal small jewels or accessories to sell but soon learned that the most truly valuable thing in a Merchant’s household was connections and letters.

Thus, at 14 years of age, Lilith began to hide her way into her father’s library and office, abusing her family and their servants’ condescending view of her to avoid any suspicion, in order to steal their letters and plans. This information she leaked to Bandits, Black Markets and/or rival merchants in order to indirectly raid their caravans and undermine their trades.

After 7 years of this, their house was in ruins while Lilith’s status and wealth continued to expand, initially in the underground but soon in the spotlight as she used her newfound finances and connections to organise trades between others and sell her own stolen caravans. With the death of her father’s house she eventually delivered the final, humiliating blow as she bought out the family name and house, renaming it the Zeraph Trading League and using it as the base/front for her new established Merchant’s Guild.

After no more than 2 years, however, her ‘Empire’ was dismantled as she was caught in the crossfire of 3 factions. The bureaucrats wished to take back the wealth she monopolised, the other Guilds did not wish to share their status with a common woman and the Witch Hunters believed she could only have reached such a position through witchcraft and seduction.

Thankfully, however, a 4th faction had also taken interest, namely a coterie of vampires who wished to take further control of human society. Thus, as Lilith was fleeing from multiple sources of attack she was offered a deal, one that would allow her to escape them with her “life” while they all believed she were dead. A day later, with what little energy she had she contacted those left among her more loyal of followers and had them meet her near among the Coasts of Riekland.

Now a vampire of house Lahmia, Lilith believed it was imperative she adapt and quickly abandoned her humanity as she fled society (for now). Understanding her position as both an outlaw and as an Inhuman, she settled on piracy as a means of securing Status and Finances, her ideals being to rebuild her Guild from across the waters. 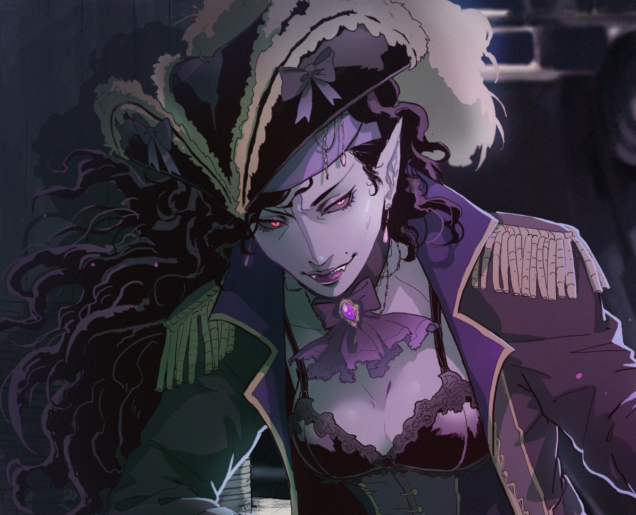